Sebastian Cole a Huge Success at the Big E

Thanks to everybody who stopped by to see me at the Big E. It was a huge success for me, selling 434 copies of my debut novel, Sand Dollar: A Story of Undying Love. I hope to see you again there next year! 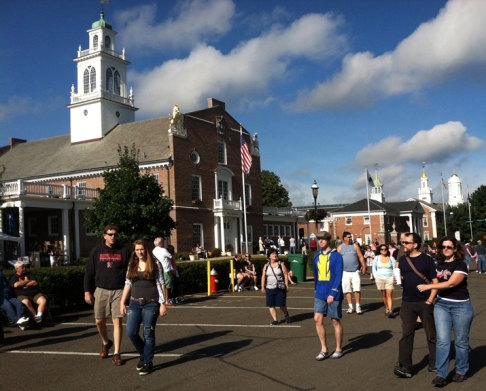 Check out my 4′ x 8′ banners for the Big E in West Springfield, Ma. I’m hoping I’ll get to actually use them, ha. Wish me luck! I’ll be signing my debut novel, Sand Dollar: A Story of Undying Love, this Friday and Saturday, September 20th & 21st, in the Rhode Island building. I hope to see you there! 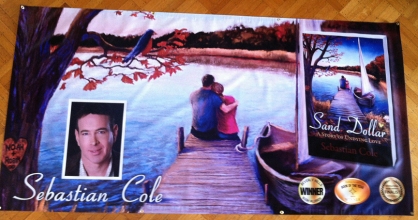 Cole’s novel has won numerous awards, including being the winner of the Beverly Hills Book Award, the bronze winner of ForeWord Reviews Book of the Year Award, a finalist in the International Book Awards, and a finalist in ForeWord Firsts debut literary competition. Sand Dollar has a rating of 4.5 stars (out of 5 stars) on Amazon with over 100 reviews, and the eBook version recently made Amazon’s list of the top 100 best selling paid eBooks in the Literature & Fiction category.

Anyone who has experienced the loss of a loved one would appreciate Sand Dollar, which is about an elderly man’s deathbed encounter with a hospital orderly, in which he professes his undying love for his soul mate and one true love, Robin, who also happens to be “the one who got away.” As his family members arrive to bid him goodbye, Noah’s story takes on new life, and he discovers a far greater truth about the past, present, and future. Things are definitely not as they appear as the pieces of a shattered love are put back together in the remarkable final chapter of Noah’s life.

Although Sand Dollar is considered to be a romantic fantasy — a kind of cross between The Notebook and The Sixth Sense — the book distinguishes itself from other romance novels in its genre by its honest portrayal of life as a recurring tragedy — a roller coaster ride of sorts between joy and heartache — and the faith needed to overcome it. As a result, Sand Dollar is a thought-provoking, emotional read that, among other things, might even have you yelling at the main characters at times. And not only is it filled with plenty of twists and turns, but the surprise ending is a real shocker.

Sebastian Cole never intended on being a writer. He graduated from Brown University in the 80s, then worked briefly in New York before returning to Rhode Island to work in his family’s business. Nineteen years later, he took a leap of faith and left the company to pursue his dreams, which has led him to where he is now: a novelist of romantic fiction. Cole writes from the heart, believing in true love, love at first sight, and finding that one person in life you’re meant to be with. Many have compared Cole to Nicholas Sparks, whom Cole cites as his favorite author and inspiration for becoming an author. Whether or not he ever achieves that kind of success, touching the lives of others through his writing has been the single most gratifying thing he has ever done.

Hey, everybody. It’s that time of year again for the Big E! I’ll be signing my debut novel, Sand Dollar: A Story of Undying Love, in the Rhode Island building on Friday, September 20 and Saturday, September 21. The Big E fair is located at the Eastern States Exposition, 1305 Memorial Avenue, West Springfield, MA 01089. Over a million people go there each year during the three weeks that it’s open, so don’t miss out. I hope to see you there! 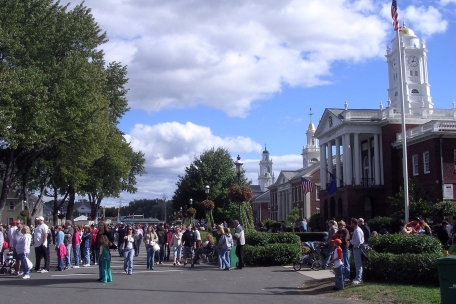 Sebastian Cole A Huge Success At The Big E

Thanks to everyone who stopped by to see me this past weekend in the Rhode Island building at The Big E fair in West Springfield, MA. Special thanks to Jayne Panarello for inviting me to participate in the event. Before the end of the first day, I sold out of the 160 SAND DOLLAR books that I had brought, leaving me with none to sell on the second day. At the rate I was selling them, 20 books per hour, I could have sold 400 books, had I brought enough. Who knew?! For those people who ordered books from me, I’ll make sure to get them out as soon as I get more in stock. And if you enjoy reading SAND DOLLAR: A Story of Undying Love, please spread the word or write a review online at Amazon or Barnes & Noble. Thanks again to everyone who made my first book signing event a huge success! I look forward to seeing you all again next year at The Big E!